The PyroScience team is excited that our OEM solution FDO2 has landed on Mars with the NASA Rover Perseverance. The quality and robustness of the oxygen gas sensor FDO2 convinced the NASA and JPL engineers to integrate it into the scientific experiment MOXIE on board of the rover. This experiment aims to produce for the first time oxygen from carbon dioxide in the Martian atmosphere, which would be a crucial step for preparing future human exploration: oxygen can be used as propellant for rockets and serve future explorers for breathing.

The concentration of carbon dioxide accounts for about 96% of Martian atmospheric gas. Oxygen is only 0.13%, while the oxygen content in the earth's atmosphere is 21%. Sufficient oxygen supply has become one of the challenges of human Mars exploration.

NASA is preparing for human exploration of Mars. As an online resource utilization experiment of Martian oxygen, moxie will show a method that future explorers can generate oxygen from Martian atmosphere for propellant and respiration.

Moxie looks like a golden box the size of a car battery. It is called "mechanical tree", which uses electrochemistry to decompose carbon dioxide molecules to produce oxygen.

In the first test, moxie produced 5 grams of oxygen, which can be used for normal activities of astronauts for about 10 minutes. Moxie engineers will conduct more tests to improve its production. According to the design standard, it should produce 10 grams of oxygen per hour. Moxie is designed by MIT and made of heat-resistant materials such as nickel alloy, which can withstand the high temperature of 800 ℃ required for operation. A one ton version of moxie is enough to prepare about 25 tons of oxygen for rocket launch from Mars.

Moxie's chief scientist said: "when we send humans to Mars, we want them to return safely. To do this, they need a rocket to launch them away from Mars. Liquid oxygen propellant can be made on Mars, so we don't have to carry it with us. One idea is to take an empty oxygen tank and fill it on Mars.

The FDO2 is an optical oxygen sensor for gas measurements based on luminescence quenching of a sensor dye. The dye is excited with red light, and the properties of the resulting luminescence are measured in the near infrared. The presence of molecular oxygen quenches the luminescence, changing its intensity and lifetime fully reversibly.

This principle is very robust. It shows virtually no interferences to other gases, has a very low drift, and the sensor is fully solid-state. It does not deplete over time, unlike galvanic oxygen sensors with their limited shelf life. Optics and electronics are hermetically sealed from the measured gas. For typical indoor environmental conditions a 10 year operating life is expected.

The sensor has a factory calibration that is sufficient for typical applications throughout the lifetime of the sensor. The FDO2 features build in temperature compensation and a digital interface that provides oxygen partial pressure values. No additional signal conditioning is necessary. A mounting thread and a robust locking connector allow easy installation. " 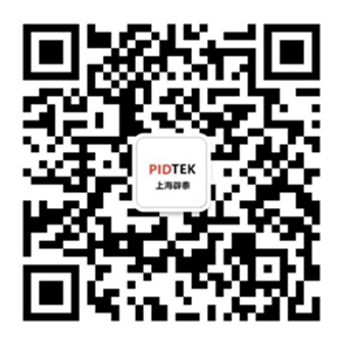